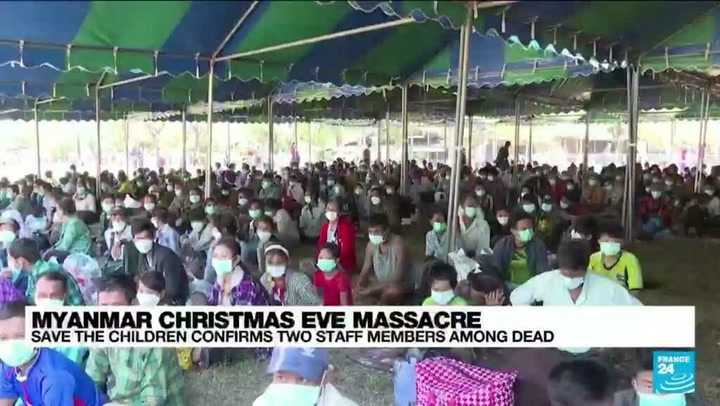 Evidence is emerging that, on Christmas Eve, the Myanmar military massacred more than 30 civilians, including women and children, as part of its offensive in Karen State. It was reported that Burmese army troops rounded up ethnic Karen villagers, fatally shot more than 30, and burned the bodies. The international humanitarian group Save the Children confirmed that those murdered included two of their Burmese humanitarian relief staff.

This year, when the Myanmar people most needed help, you stepped up. You have built our Campaign for a New Myanmar into an over 200,000 person-strong community of solidarity with the Civil Disobedience Movement (CDM).

Just this month, ten minutes after we delivered a 25,000+ signer petition to Harry Winston’s flagship store in Manhattan, the luxury jeweler announced that it would cease buying rubies and jade from Myanmar. And earlier in the week, Meta, Facebook’s parent company, announced that it will remove pages from its platform of companies owned or controlled by the Myanmar military. Your support proved vital in building these successful campaigns.

Your work has impressed the Meah Family Foundation and ARC of Justice, which is challenging you to match or exceed their year-end gifts of $15,000.

Your support will fund our campaigns this through year-end to:

Please make a gift this year-end so that we can make 2022 the last year of the Myanmar’s military brutal and corrupt rule.

The International Campaign for the Rohingya – and our Campaign for a New Myanmar – receive 100% of our support from people like you. Your individual donations fuel our movement to support the Civil Disobedience Movement (CDM) and our No Business With Genocide campaign that hits hard against the Burmese military’s business empire.