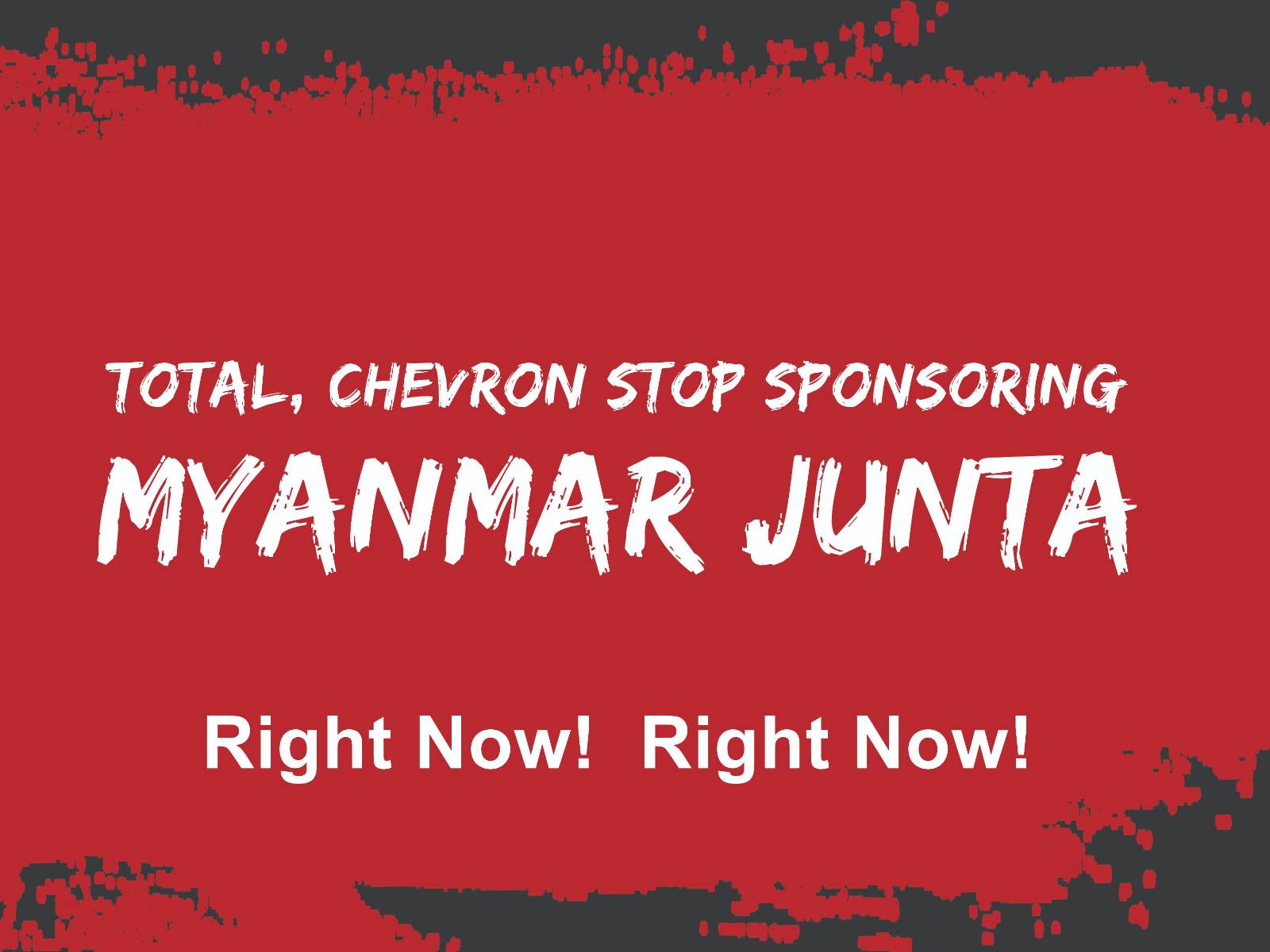 Margaret Mead once said, “Never doubt that a small group of thoughtful, committed, organized citizens can change the world; indeed it’s the only thing that ever has.” You proved that right last week when you successfully pressed luxury jeweler Harry Winston to stop buying gems from Myanmar. This week, let’s stay focused on the oil companies … Read more

Retweet on Twitter Campaign for a New Myanmar Retweeted

People in Rakhine State, including Rohingya, are going to starve soon.

Blood Money Campaign calls on Thai government to ensure that PTT Group stops financing the Myanmar junta with millions of dollars in monthly gas revenue payments. Gas revenues are due to a legitimate, recognized government of Myanmar and ultimately belong to the Myanmar people.

I’m not an expert on this, but I know that the KWO is a deeply respected and serious organization. UN agencies continue to alienate a lot of people in Myanmar. I hope UN leadership is doing a careful review of all operations and policies there. https://twitter.com/karenwomenorg/status/1588396465206202368

📃 Open letter to @UNOCHA regarding its failure to recognize community-run GBV programming in Kawthoolei.

KWO is writing to convey our strongest objections to the grossly misleading content of the Protection section of OCHA’s Myanmar Humanitarian Update no. 22.

Companies from your country may be linked air strikes in #Myanmar. You can stop this. Here's how 👇